“Wyatt throws away his Rolex”

east of Route 178, between Trona and Stovepipe Wells on the western edge of Death Valley

Billy and Wyatt ride south on Park Moabi Road, from Park Moabiitself over the railtracks to what is now I-40, south of Needles,

The Pine Breeze Motel at Bellemont,

The abandoned gas station and the motel itself can still be seen crumbling away on the bar’s grounds about a mile to the east.

Wupatki National Monument, Cococino, where they camp for the night in the ruins of the Wupatki Pueblo.

where the stranger they picked up insists they don’t pay for gas, has closed

“They’re given acid for

recreated in Malibu, back in California.

jailed for the heinous crime of “parading without a permit”

“Interior of the jail”

“Drop those acid tabs in the cemetery”

No.1, 1300 Saint Louis Street at Basin Street, west of the French Quarter.

Get ‘Easy Rider’ on iTunes 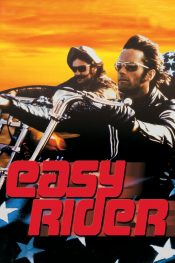