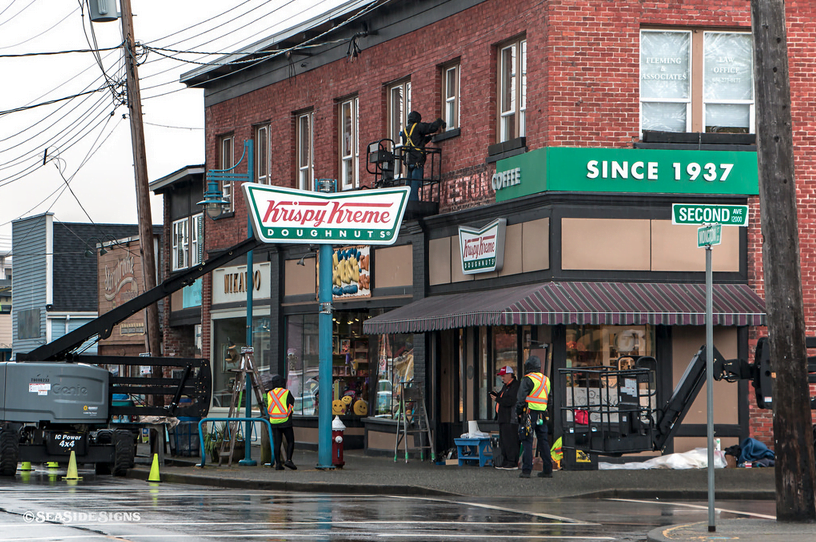 The Pieces on Moncton St was converted into a Krispy Kremes

RICHMOND, BC – May, 2016 – Bryan Cranston, Elizabeth Banks and Naomi Scott were spotted filming the all-new Power Rangers movie in Steveston Village. Pieces on Moncton St was converted into a Krispy Kremes for the filming.