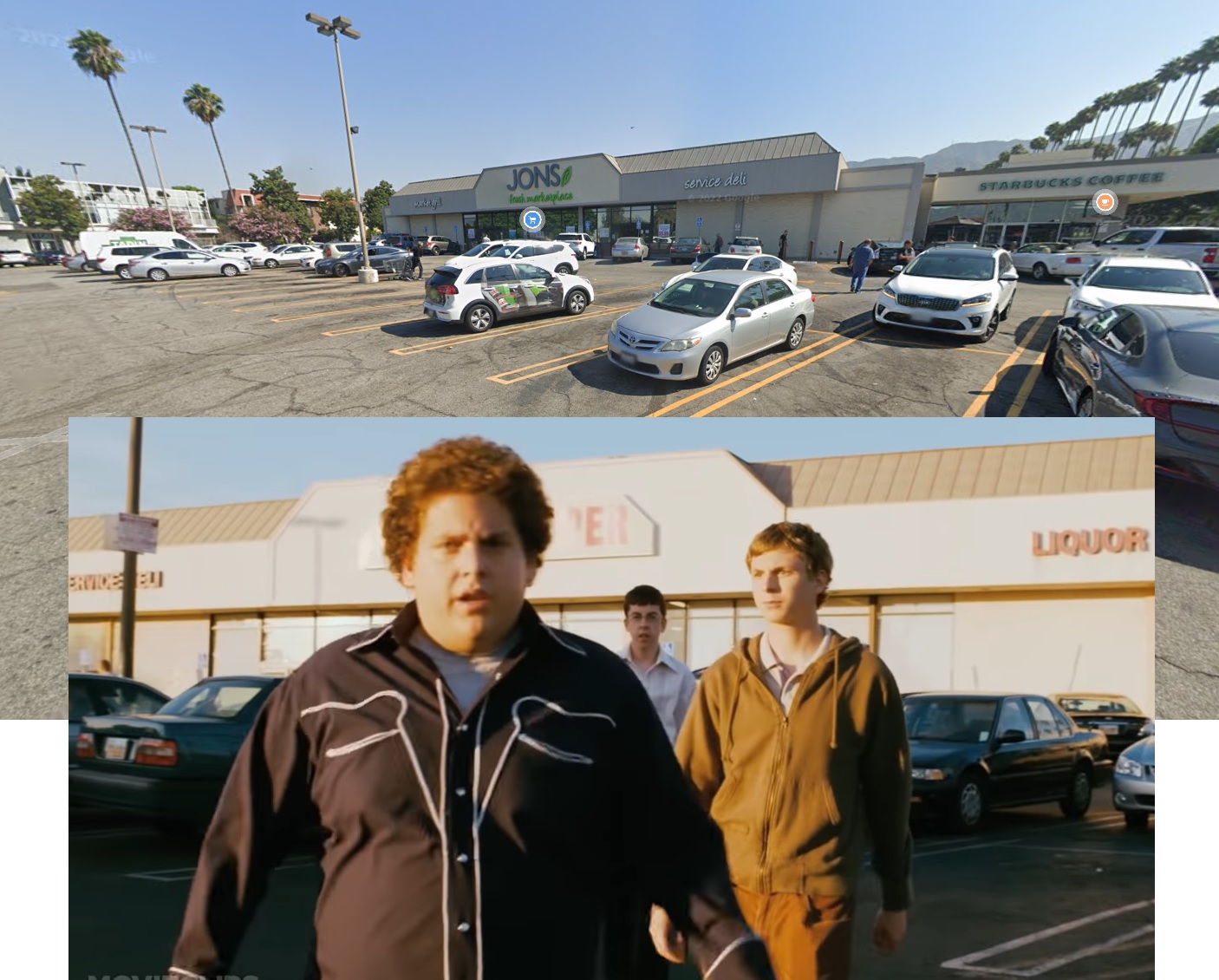 Where was the classic McLovin Liquor Store scenes filmed?

Location #2 is where Josh and Evan check out some nudie mags at the Overland Mini Mart in Culver City.

Seth daydreams of stealing some Alcohol at the Good Shopper grocery store. This amazing scene was actually a Jon’s Supermarket located in Glendale, California.

Where is Evan’s House located?

Location #7 is the Mall Scenes. Here we move over to Culver City at the Westfield Culver City Mall