Production Sighting: in Port Moody, BC. In mid-January, Julia Roberts & Owen Wilson were spotted filming a new feature film “Wonder” all over British Columbia. The heavy drama will be released in November 2017

Where is Auggie’s school located? 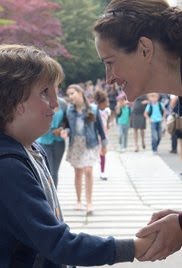