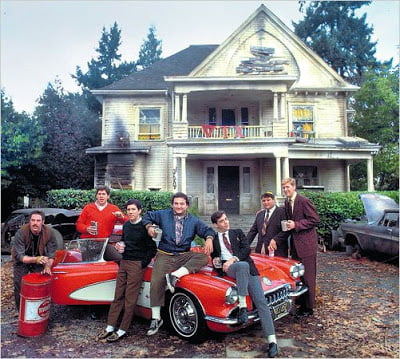 The cult classic “Animal House” was filmed on location in Eugene, Oregon

Delta House was located in Eugene Oregon, but sadly was torn down in 1985 Johnson Hall at the University of Oregon