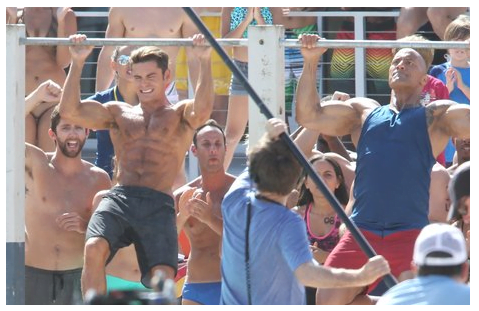 The movie-adaptation “Baywatch”, starring Zac Efron, Dwayne Johnson and Alexandra Daddario, was filmed on location in Miami, Florida and on various beaches in Georgia surprisingly, instead of on the beaches of California as the movie sets in.

Where is the main beach used for filming?

The beach most used in the Baywatch film is actually the Deerfield Beach in Florida, according to Atlas of Wonders. This beach along with the International Fishing Pier was used as well.

Two lifeguards go against the patrol guys on the Malibu beach in California. /