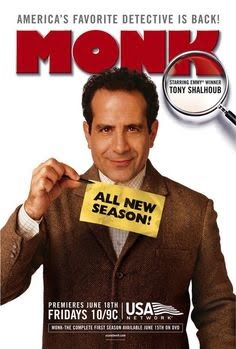 Monk, one of the greatest murder mystery TV series of all time, lasted from 2002 to 2009. Fans of the show have been wondering where many of the show’s featured locations were filmed at. We have gathered many different locations of the show from California cities such as Burbank, Canoga Park, San Francisco, and more.

Filming Locations show
Where is the Motel used in Mr. Monk’s Favorite Show – episode 8.1?
Where was the DeSoto Pharmacy seen in the series?
Monk season 8 Trailer:

Where is the Motel used in Mr. Monk’s Favorite Show – episode 8.1?

The Safari Inn in Burbank, California

Fun Film Fact: Many movies and TV series have been filmed here at this location.. View Here!

Where was the DeSoto Pharmacy seen in the series?

Fun Film Fact: This location has been seen in many TV shows & movies including: True Blood & and Netflix’s 6 Balloons. The PAWN SHOP from “Pulp Fiction” can be found across the street on Roscoe Blvd.

Mr. Monk Goes to the Ball Game at the The Palace of Fine Arts

Behind  The Scenes | It Was  Filmed Here | Where Was It Filmed?