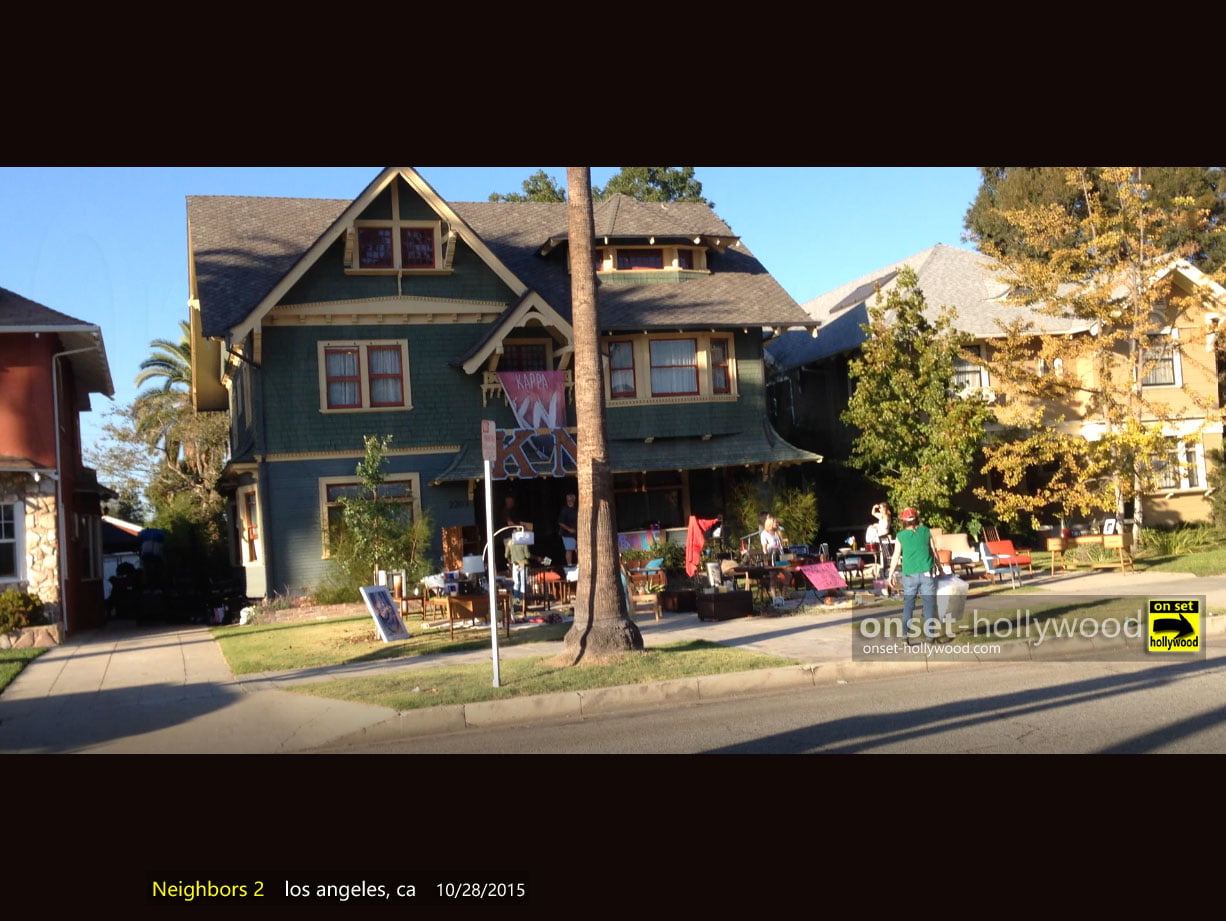 Back in November of 2015, Hollywood Filming Locations was there when Nicholas Stoller, Seth Rogen, Chloë Grace Moretz, Zac Efron & Rose Byrne were all on set in Hollywood, California filming Neighbors part  2.

“Seth Rogen is the coolest dude ever! He took the time to take selfies and sign autographs”

This one of a kind Los Angeles home can actually be found in Hollywood, California Seth and Zac doing an interview in front of a neighbors home. The Phi Lamda can be found in Georgia Thank you “annie” for the tip!