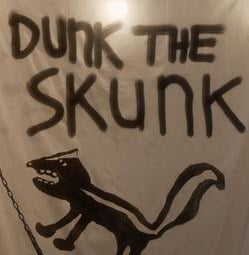 When Carol talks Melissa into sleeping with Phil to keep the population going, Phil sets up a bed in the middle of Chatsworth Park Todd in the Audi driving towards Phil’s fireworks Created By: Will Forte

Plot Summary: Phil has been labeled a “Skunk” by Carol for trying to sleep with Melissa (add plot summary)