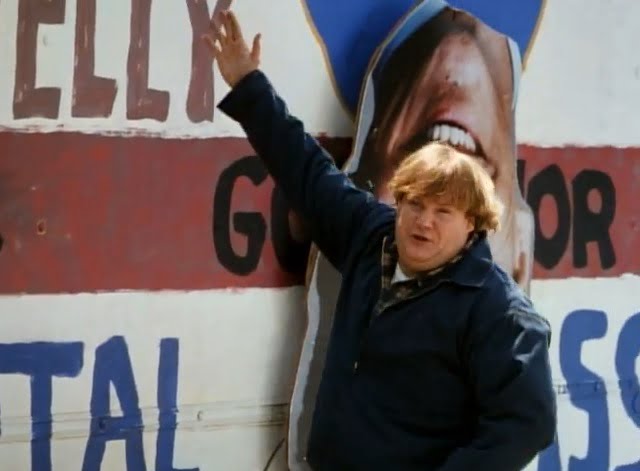 The Buckley High School football stadium scenes and the Pierce County Recreational Center scene was actually filmed at Pierce College in Woodland Hills, California. This is where Mike Donnelly is a recreational director and plays football with the boys.

Where is Mike Donnelly’s house located?

The next location is Scott Colleary’s house. His house is located about 10 miles from Los Angeles in a city called Monrovia. The exact address is 155 N. Myrtle Ave., Monrovia, CA

Gary Busey gets hit by the car at this intersection in Pasadena. Unknown Address – Got a Tip?

All the Airport scenes were filmed at the Camarillo Airport located at 555 Airport Way, in Camarillo, California

The theater where Mike Donnelly (Chris Farley) crashes the Vote for Al Donnelly truck. Site unknown – Got a Tip?

Where was the Al Donnelly political rally scenes filmed?

In the streets of Monrovia, California.

The Governor’s Rally at the mansion was filmed in Westlake Village, CA