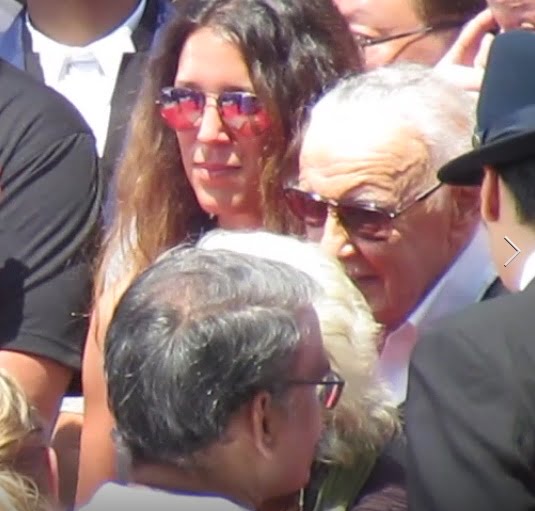 HOLLYWOOD, CA – July, 19 2017:  Stan Lee was honored by placing his hands and feet in cement in front of the Chinese Theater in Hollywood, California. Thousands of fans watched as “The Man” Mr Stan Lee added his name to the very small list of people who have received this honor. Lee signed hundreds of autographs and took pictures with fans. Kevin Smith was the host for this awesome event. More pics and videos coming soon. Continue Reading
Advertisement
You may also like...
Related Topics:Hollywood, Walk Of Fame Star