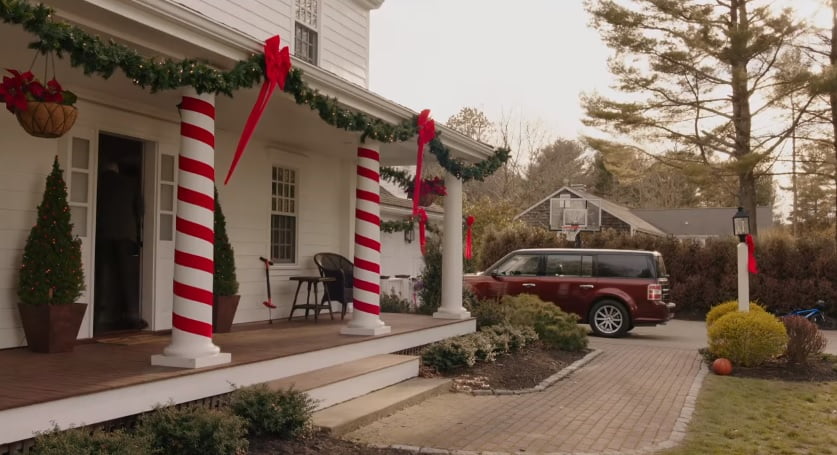 Daddy’s Home 2 is the sequel to the amazingly funny Daddy’s Home movie. The second edition of the Daddy’s Home franchise is about the father’s of the original “Daddy’s” which includes the addition of John Lithgow and Mel Gibson. So far we have learned from various sources that the movie is being filmed mainly in Massachusetts. In particular, filming locations were spotted in Framingham, Hingham and Lawrence, MA.

Daddy’s Home 2′ filming at the Old Timer’s restaurant. Rebranded for the movie as a country restaurant.

On April 3rd crews were spotted filming the “Santa Claus Scene” in Concord at the Scout House located in Concord, Massachusetts.

Where is the house seen in Daddy’s Home 2?

According to the Boston Globe, both Mark Wahlberg and Will Ferrell were spotted filming on the porch of a house located on Prospect Street in Hingham, MA. This adds to the speculation that the movie is mainly filmed in Massachusetts. The house seen in the first movie is not the same as part 2. The first movie, Daddy’s Home, was filmed in New Orleans.

2 separate Schools were used in the movie

Where is the movie theatre seen the movie located?

As reported by NBC Boston, “Daddy’s Home 2” was spotted filming at the Showcase Cinemas located in Lawrence, Massachusetts at 6 Chickering Street, Lawrence, MA 01843. This is ironic as the movie would of likely been released in this exact theatre, except for the fact that the theatre is now closed.