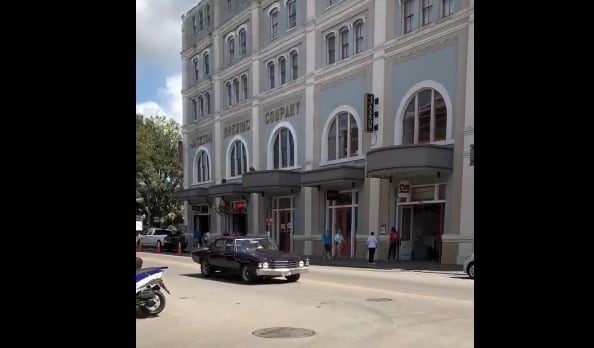 Where is this mansion seen in the series?

The old Evergreen Plantation located on L-18 in Edgard, Louisiana was used as a stand-in for the old creepy house.

Fun Film Facts: This location can be seen in many movies and TV series including Django Unchained, Free State of Jones, and Into The Badlands.

In the set-pictures below, a stunt-double for Tulip was spotted in the driver’s seat speeding down Decatur Street in the show’s 1972 Chevrolet Chevelle. Security was tight and the road was blocked off in front of the Shops At Jax Brewery and Jackson Brewing Company for about 5 hours. Only a few locals and tourists were able to stand around and watch these pivotal scenes be filmed.

Thank you preacherforums.com for the pics and video!