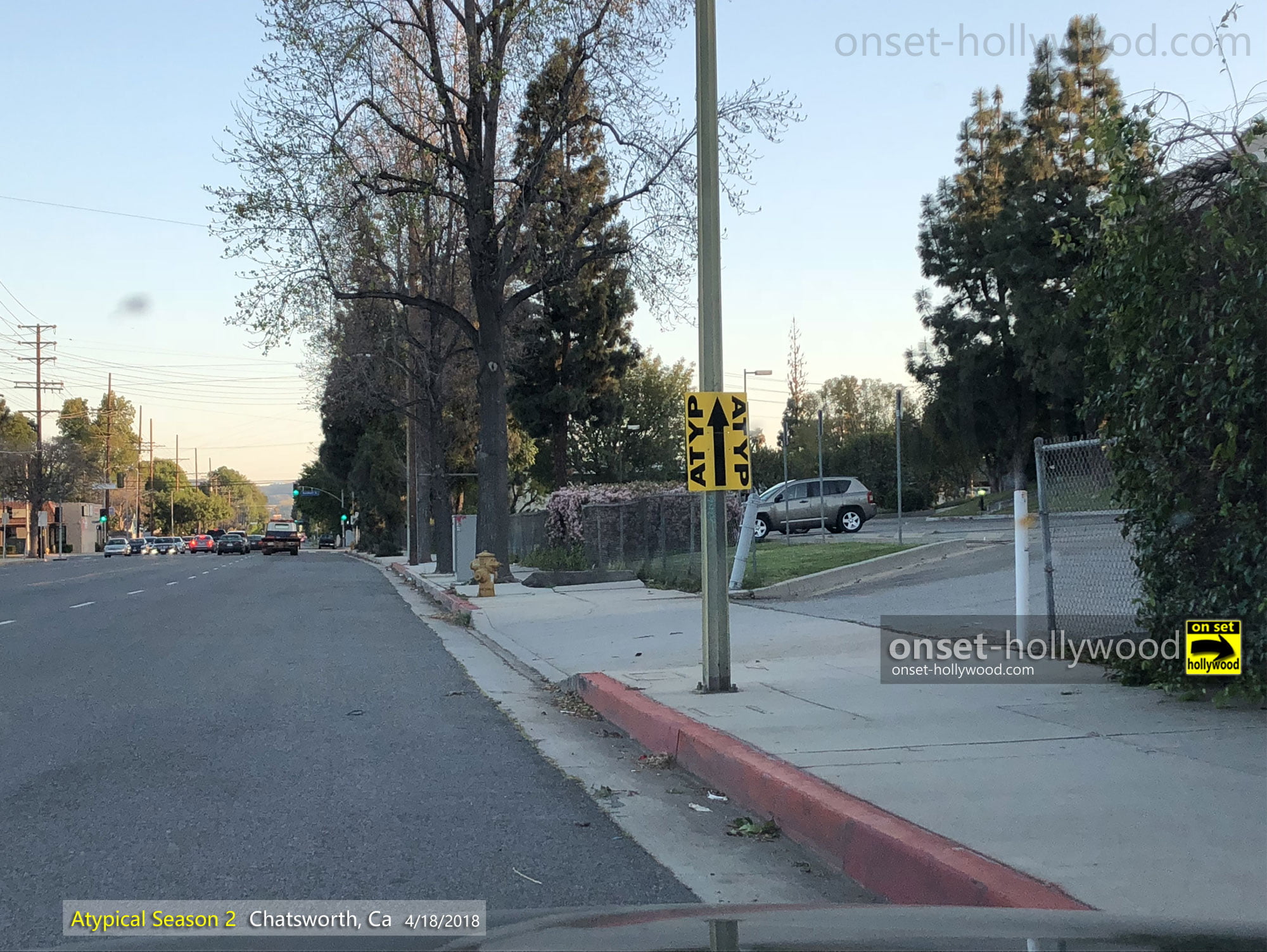 A massive storage warehouse located on Mason Avenue in Chatsworth, California has “secretly” been turned into a movie sound-stage. Back in 2017 the new Heathers series and MTV’s Teen Wolf was filmed here at this location. And now, as of April 15th, NETFLIX’s “Atypical” season 2 has moved in. More pics coming soon.