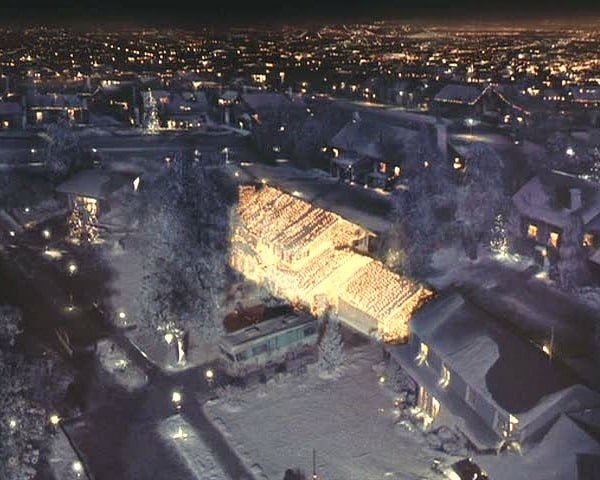 Where is the house used in National Lampoon’s Christmas Vacation? Fun Film Fact #1:  This is the same house used in many movies including: American Beauty & Pleasantville

Fun Film Fact #2:  Clark is locked in the attic and watches old family movies… His childhood house is the exterior of the 1970’s TV series Bewitched, located just 2 doors down from the Griswald house.

Where did Clark’s Boss live?