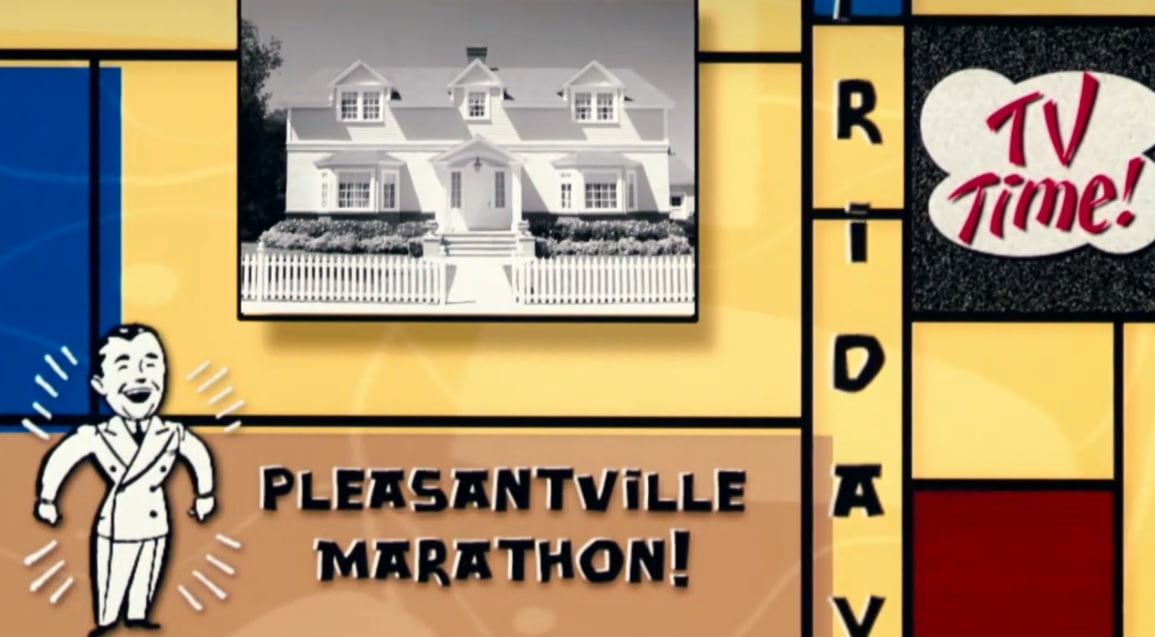 Many locations scattered throughout the Los Angeles area were used in the production of the classic film including Blondie street located on the back-lot of Warner Bros in Burbank, California

3 separate locations were used as the town of Pleasantville.

Fun Film Fact #1:  This is the same house used in many movies including American Beauty & Christmas Vacation, and the neighbor’s house belongs to Danny Glover in the original Lethal Weapon movie.

Reese Witherspoon and Tobey Maguire are right outside the building’s exterior in a few scenes.

Where is the soda shop seen below? Got a Tip?

The Barber Shop seen in the film – Got a Tip?

Where is Pleasantville High School?

2 High Schools can be seen in the movie. The first one is Valencia High School located in Santa Clarita, California. Many of the beginning scenes in color were filmed inside the gym, classrooms, and hallways.

The Basketball gym scenes were all filmed in the St. Anthony High School gym in Long Beach.