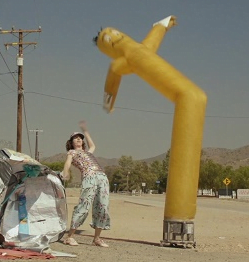 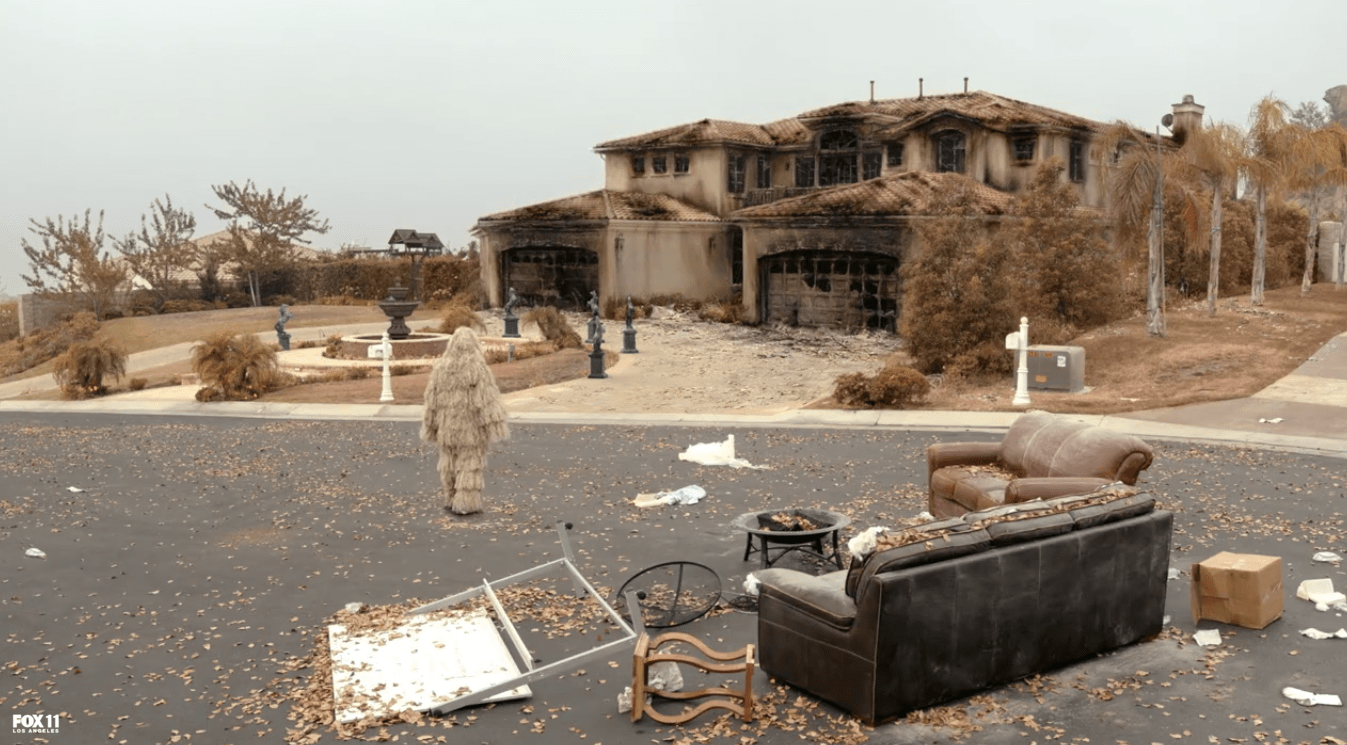 This amazing scene was filmed on a small street in the west San Fernando Valley known as Old Santa Susana Pass. Located in Chatsworth, California, only one block to the North of this location, is the famous rock used in the title of the old western TV Show “The Lone Ranger“. Scenes of the original 60’s Batman TV show  and tons of westerns were filmed at the famous “Iverson Movie Ranch“ Thank you “SurferDan77” for the tip!

Phil & Carol find the group on the beach. Carol runs up and scares Gordon to death on ‘Leo Carrillo State Park’ beach. Thank you “SurferDan77” for the tip! In the hit TV Show “The Last Man On Earth” which premiered on Fox, there is a scene where Phil Miller is seen rolling a steamroller down the road to give his wife, Carol, a message. This was actually done in Chatsworth, CA! Most of the show is filmed in this area as it gives off that Tucson, Arizona look while still being located near Los Angeles. It just so happens that the Street Camera view was able to capture the filming trucks and crew of the show while they were filming this scene! As you can see in the pictures above, you will see a yellow Fox sign as well as a bunch of filming crew trucks lined up. You will even see a sheriff on his motorcycle blocking certain roads for the filming of the movie. This surprised us as you usually never see these types of scenes on the camera like this. The road this was done on is Old Santa Susana Pass, located in Chatsworth, California

The Last Man On Earth: episode 2.1 – Is There Anybody Out There? (2016) Filming Locations
LAST MAN ON EARTH ‘Crickets’ FILMING LOCATIONS – episode 2.5