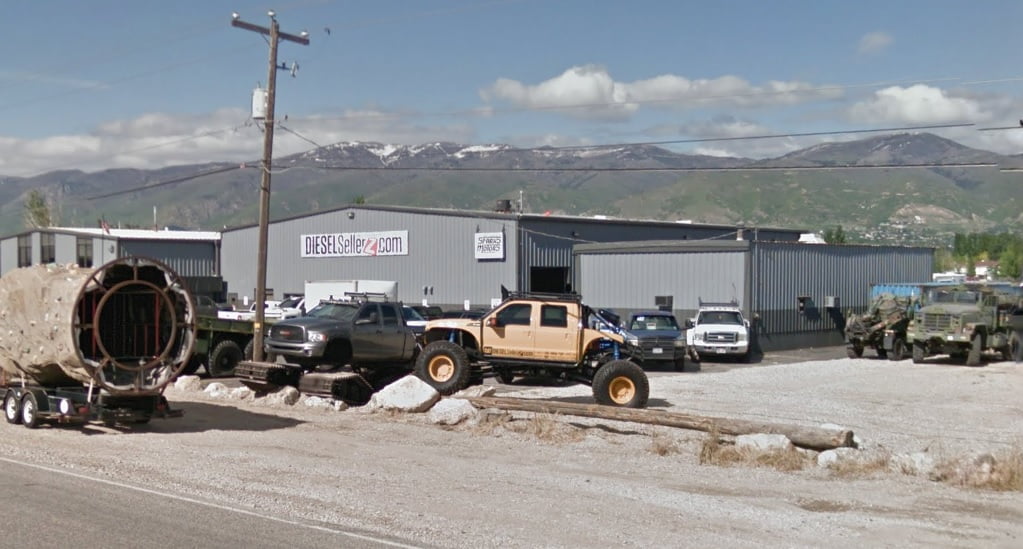 The TV series “Diesel Brothers” is about a group of narly dudes that build some of the sickest custom Diesel Trucks in the world. These guys, Heavy D, Diesel Dave, The Muscle and Redbeard all make their contribution to building these amazing machines. Filming locations in Utah, the Diesel Brothers have quickly gained popularity due to their outrageous builds. If you have ever wanted a diesel truck these are the guys to go to.

Even if you know this address you will most likely need to make an appointment before visiting the shop. And to be on TV you will need to further apply for that. We are not sure how the show is produced, but we assume each ride is chosen by a crew that decides whether or not to use the truck they made or not on an episode of the show. You can get in contact with the show by visiting their Discovery.com page.

Where is Diesel Brothers the TV series filmed? A street-view photograph of the Diesel Brothers Headquarters located in Utah. One of the captivating diesel-creations: Willy’s Jeep Truck which takes the Jeep and adds a truck bed to the back. The Mega Ram, featured in one of the episodes of Discovery’s Diesel Brothers, photographed drifting in the snow. The warehouse where the magic happens on Diesel Brothers. This is where Sparks Motors is located.

Chuck Norris in Diesel Brothers? Yep. He was a full-on cameo in one of the episodes where they drive around a Jeep he wanted created.

Casting Info: There is no casting for this show except for the fact that you could end up on the show if you would want a diesel truck built or if you have a truck you would like featured! As we mentioned, it wouldn’t be wise to go storming into the shop but you could possibly make an appointment or call ahead! Go to dieselsellerz.com or sparkstrucks.com for more info