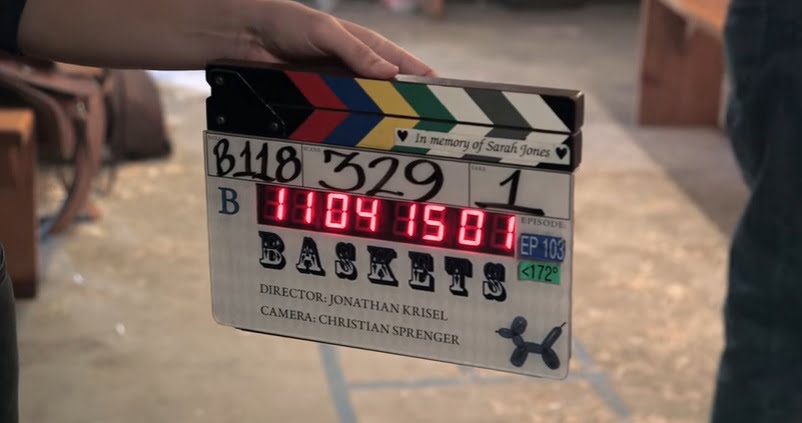 Where is Chip’s clown school located?

The Celebrity Center In Hollywood, California on Franklin Where does Chip work as a clown?

The Rodeo! Located in Whittier, California Where does Chip crash his Scooter?

Thank you again “Randy” for the tip!

Where is the “Schweppes!” drive-thru located? Where is Chips Motel located?

Chip eats the giant sub sandwich in front of the Hotel Where is “Baskets Career College” located?

Where is Chips Dry Cleaners located? Where is Mrs. Baskets’ house is located? Thank you “Randy” for the tip!

Where does Chip’s French Wife live?

Her Apartment is located in Hollywood, California on Bronson Avenue

Where was The Bakersfield High School Volley ball tournament filmed?

Thank you “Randy” for the tip!

Where did Mr. Baskets meet his demise?

The Bridge located in Fillmore, California – Located just west of town and crosses the Sespe Creek

Thank you Randy For The Tip!

Baskets is a hilarious show on FX. Amazing writers and directors make Baskets one of the funniest and most random shows of our time. Starring Zach Galifianakis as Chip “Baskets The Clown”, who is French-trained clown who doesn’t speak a word of French.  Chip finally decides to move back to his home-town of Bakersfield, California. He gets a job working at a rodeo… His french wife uses him to come to America… He meets a friend…